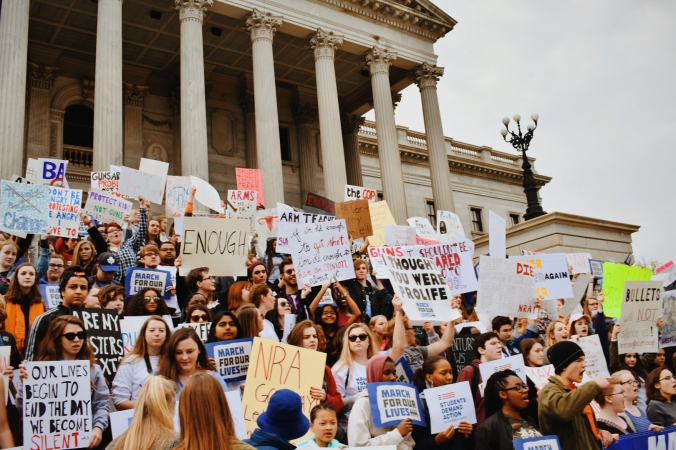 As most of you know, gun violence has been plaguing the United States for the many years, but especially for the past couple years. After the Marjory Stoneman Douglas High School shooting in Florida this past Valentine’s Day where 17 kids were killed, the call for gun reforms reached its peak thanks to the strong and incredible students from Marjory Stoneman. With marches and walkouts, people all across America are honoring and remembering every single life lost with action. And that is why I marched.

*Please read my Why the Fight for Gun Reforms is YOUR Fight post to understand what exactly this march is for, and how you can help!*

I marched to show that I, along with the others who joined me, want extensive background checks for those trying to buy a gun, the banning of assault rifles (like the one used in the Florida shooting) and bump stocks, and for the government to up the age at which you can buy a gun. I marched for myself, for my school, for my country, for the 741 kids killed in gun violence THIS YEAR, and for those who refused to march. I marched because I never want my little sister and cousins to have to feel the terror I felt when going to school the day after 2 guns were found and various threats were made at my school. I marched to show the world and more specifically, the US government, that ENOUGH IS ENOUGH, and NEVER AGAIN should lives be taken with guns. 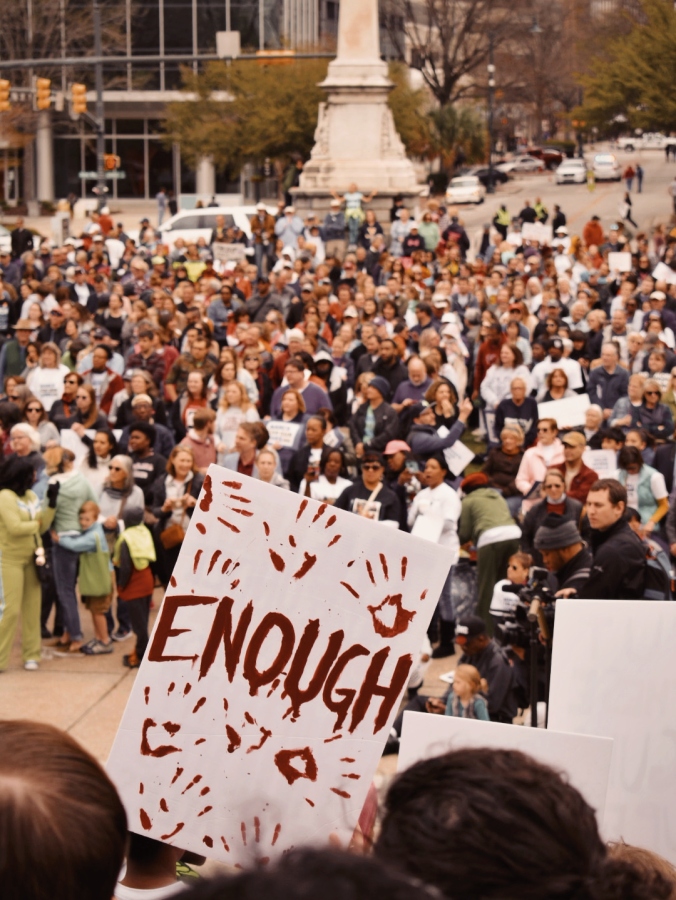 Now that I’m through telling you about why I marched, let me tell you a little about the march itself. I’m hoping that this section will encourage some of you to get out there and march/stand up for your beliefs, even if you’re nervous about it or are on the fence about whether or not you want to do so.

I participated in a local march where I live that was a sister march of the big March for Our Lives in Washington D.C. We lined up around 9:30 in front of my church 🙂 (I got there a little early to get a free tee and meet up with some friends), and began to learn the chants we would say as we were marching the several blocks to our state house. It was so nice to get a chance to read everyone’s signs and get to know a few strangers, as everyone was so kind and open to talking. 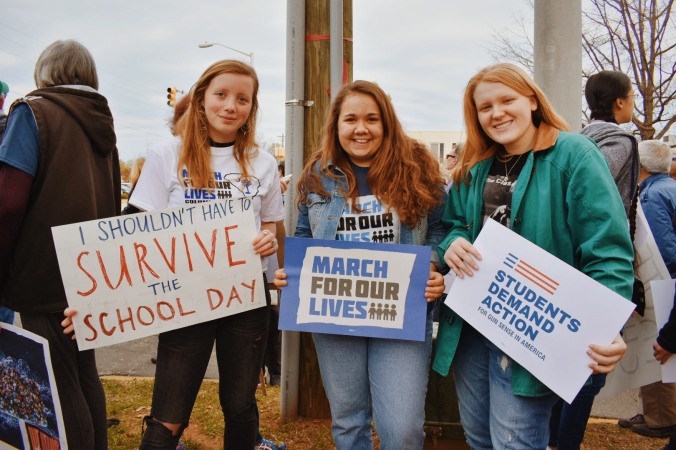 YOU GUYS!!  I also met one of my fav photographers (her stuff is honestly the greatest!), Cathleen Slagle, at the march!!  How cool is it that the march brought us together?! 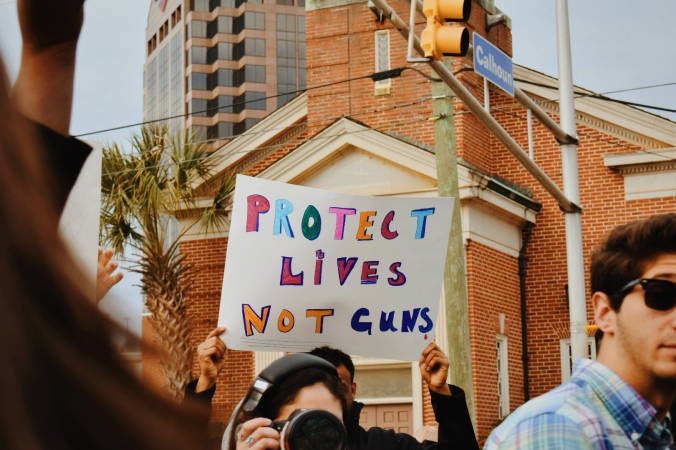 At 10 a.m. we began our march. The march organizers walked at the front, and they sent all the students/kids (this was me!) to the very front since the march was a student-organized and student-led event. Plus, our lives are the ones that are most affected when it comes to school shootings, so our voices are naturally the loudest! Seeing so many other teens my age, and lots younger than me, was super inspiring and empowering, and just stood to show the amazing impact we can have. 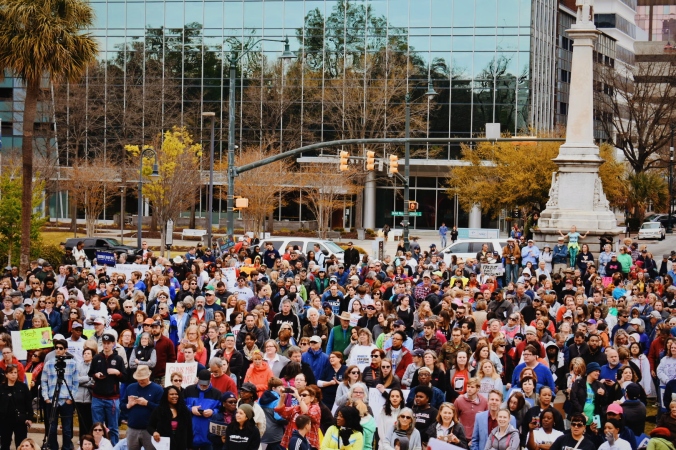 At the state house, us students got to stand on the steps and face the crowd. It was super powerful being able to hold up my sign along with everyone else and knowing that it was being seen by the people facing me. Through chants, songs, dances, signs, and speeches; we went throughout the rest of the march showing our government and the world what we were fighting for and how ready we are to be heard. All of the words spoken that day were amazing, and if I could remember them all I would put some of my favorite quotes in here! 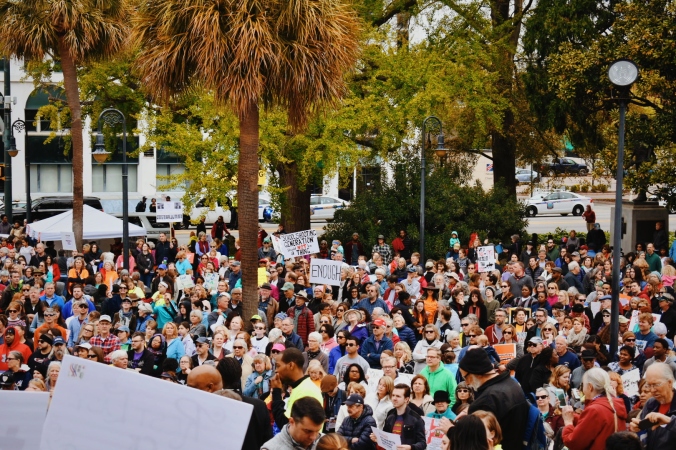 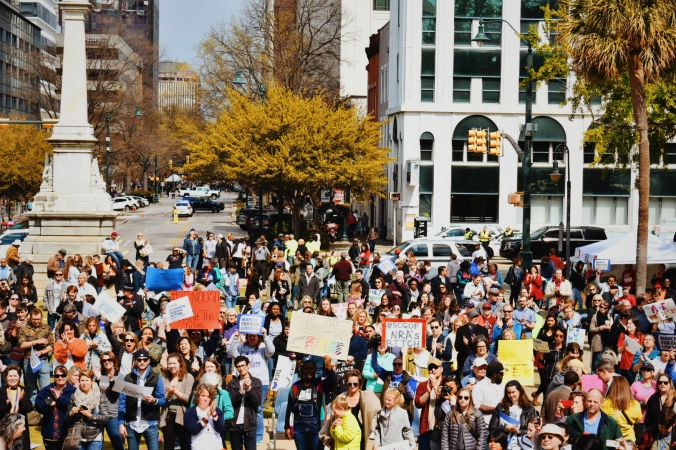 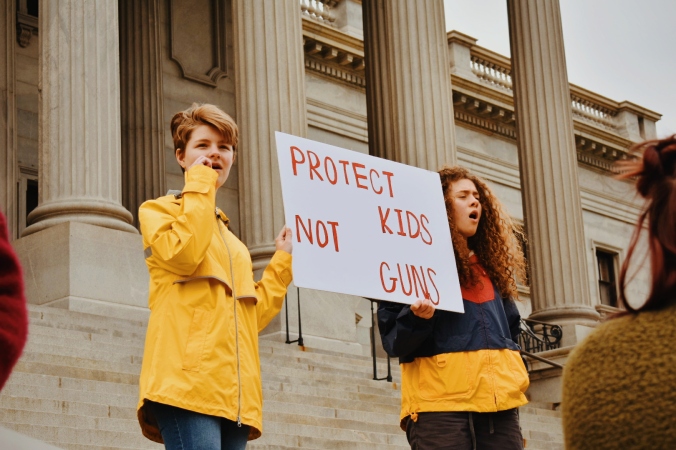 Words can’t describe how I felt leaving the march. I was satisfied, empowered, and all the good feelings because I knew then that we can make a change, all of us who marched across the US and the world, can absolutely do it!
FAV SIGNS

I’m ending this post with a few of my favorite signs from my local march! 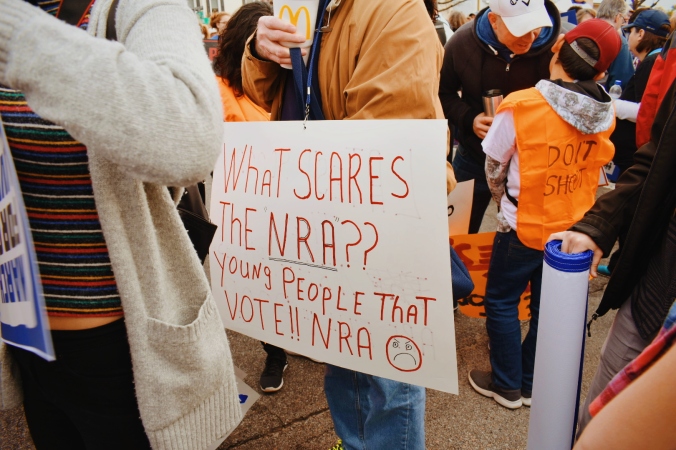 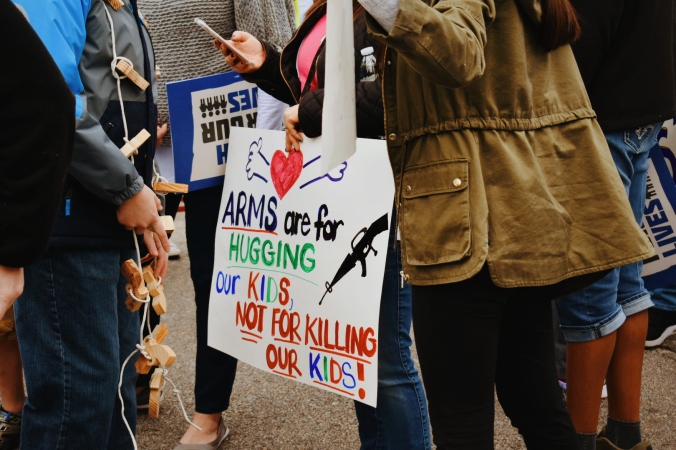 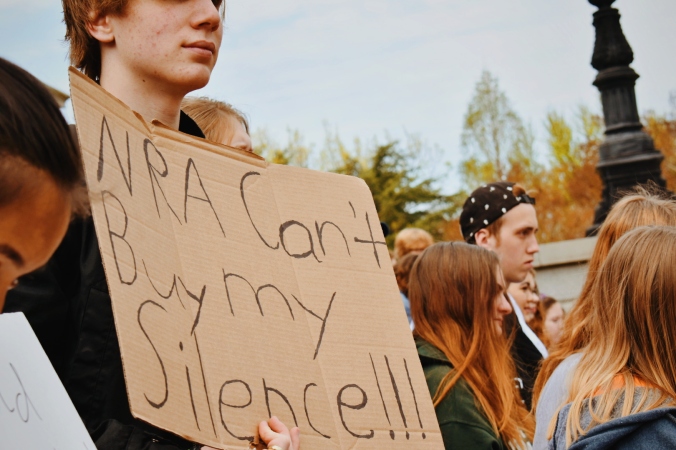 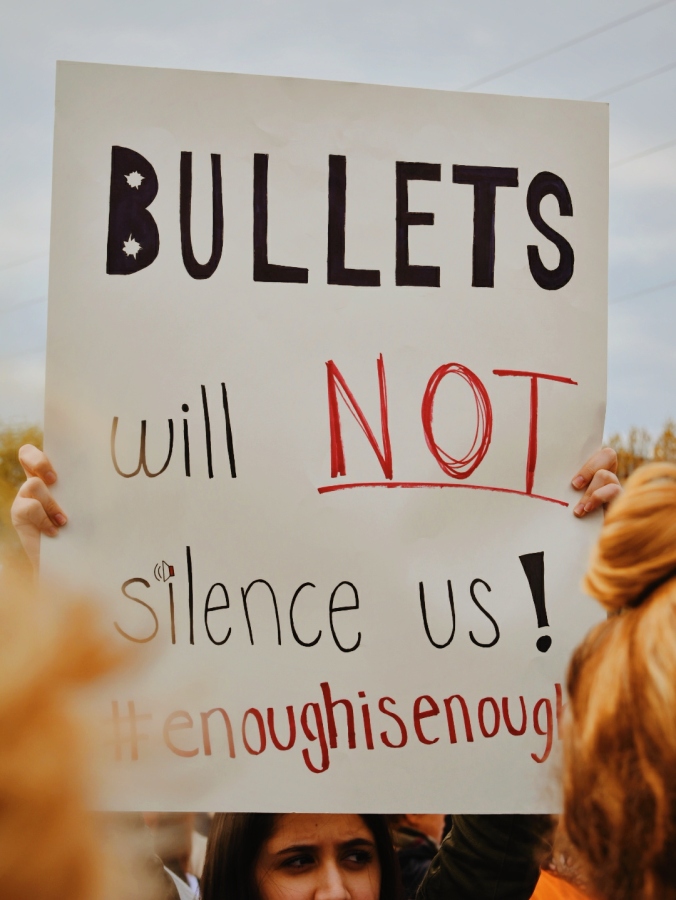 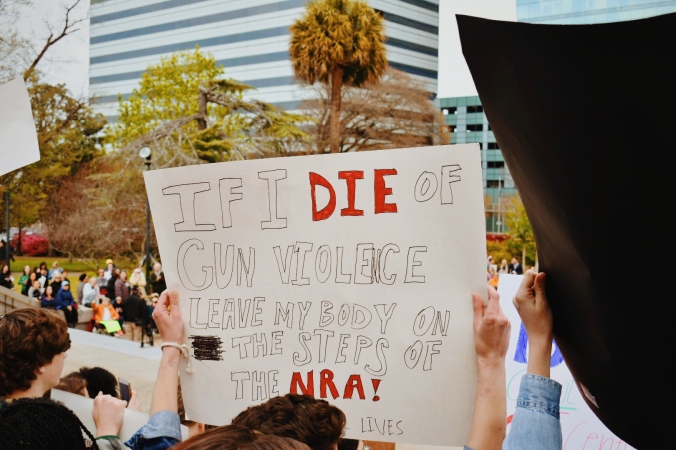 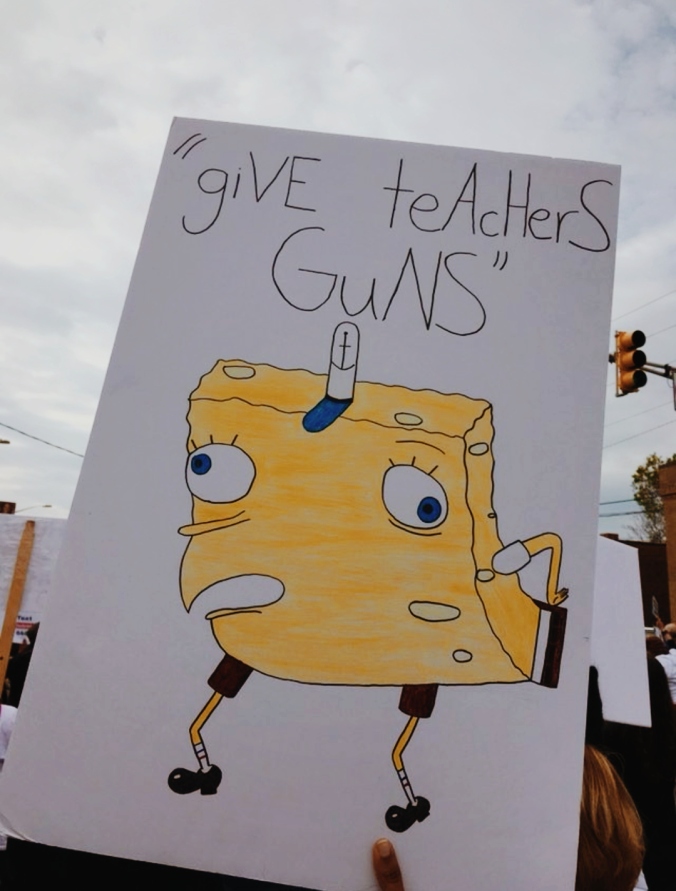 love myself a good meme, especially when it’s being used to protest 😉 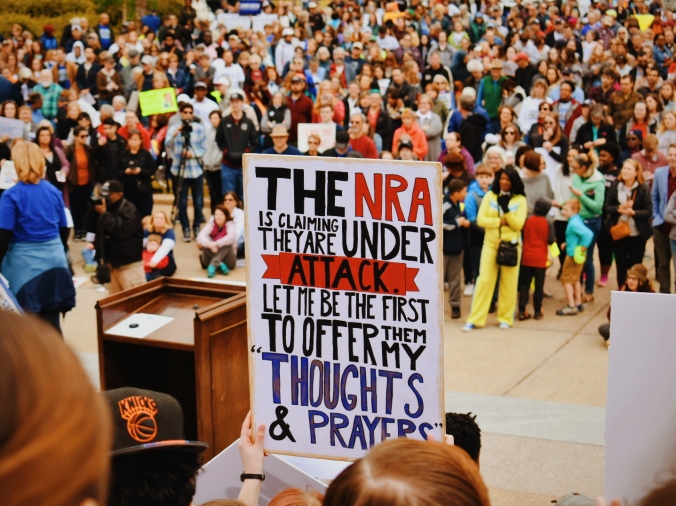 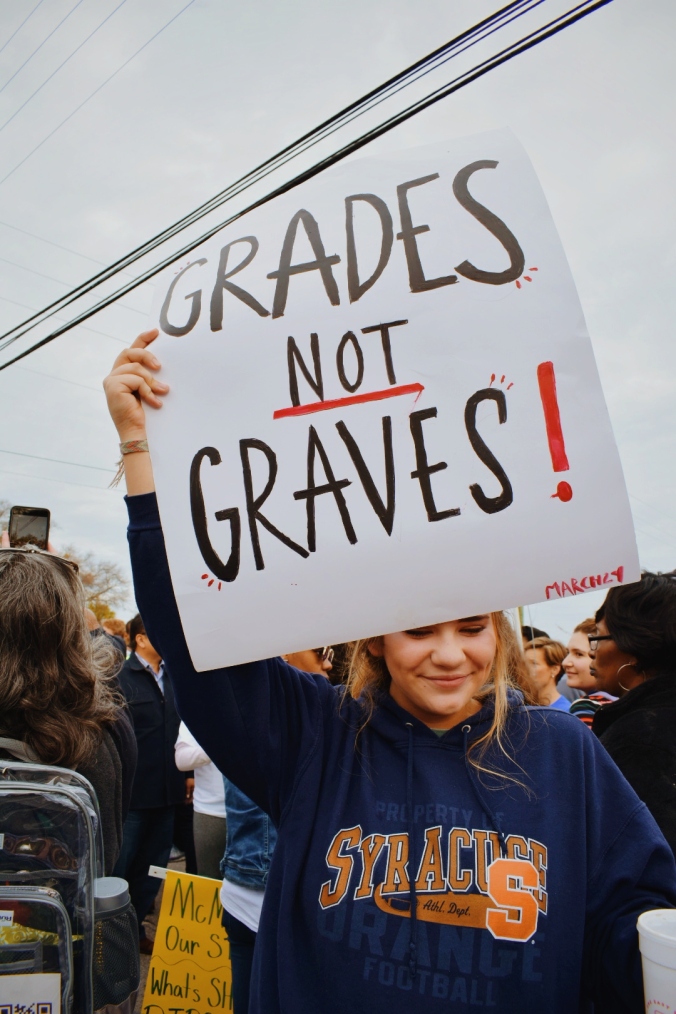 The March for Our Lives was an incredible experience, and the most powerful thing I have ever been a part of. Everyone was so willing and open to take action, and unafraid to stand up and speak out, so it was inspiring to be around people, especially those my age, who are like that. One of my values for myself is to never stay silent when it comes to human rights and issues that I truly believe, and now I feel like I have more ways to express that. I hope you all enjoyed this post, and have gotten a better view of what marches are and how important they are. Also, I hope that this post and more has encouraged you to speak up and take action as well! Thanks so much for reading!

Don’t forget to check out my Why The Fight for Gun Reform is YOUR Fight post, to hear exactly what this march is for, and how you can help!

posts You all are loving

READ IN YOUR LANGUAGE